Has anyone ever wondered why there is an extra strap and buckle on most kilts, lower down on the right hip? This topic has come up in several conversations recently, mostly due to the fact that I don't put that third strap on kilts I make (unless the client absolutely has to have one). It serves no purpose, and can even affect the look of the kilt, causing a pull across the front apron, if worn too tight (which it typically is). So why on earth do most kilts have them?

Today, the mystery will be revealed. It's origins lie (like so much of our Highland Dress fashion) in the military. A typical civilian kilt will have about a 2" rise. This means that the top of your kilt will come about 2" above your natural waist. This is where you would wear your belt. A military kilt, however, usually has about a 4" rise. It is a much higher wasited garment.

Back in the good old days before leather straps and buckles were common closures for kilts, men would hold their kilts closed with pins. The true "kilt pin" wasn't that little sword-looking peice of jewelry men typically wear at the bottom of their kilts, but something that looked rather like a lady's hat pin, worn up on the waist to keep the apron closed.

Well, like I said, a lot of our Highland Dress fashion has been inspired by the military. This look started to be copied in civilian kilts. But since the civilian kilt only has a 2" rise, the upper strap and buckle was at the waist line, and the second one was lower down at the hip level, where it serves absolutely no purpose (except, as I said at first, to create a pull across your apron). I've even had men complain that it was uncomfortable for the to sit when wearing their kilt because of the pull of the lower strap.

Since this lower strap is completely useless and unneccesary, I leave it off. Most people never even notice it is gone. And those that do notice the difference always say they like the fit and feel of the kilt better. I have yet to have even a single person tell me that they want that third strap and buckle put on.

If you decide you don't want yours on your kilt, just take it off! Just a few threads that any sharp knife can take care of, and you'll be liberated from that fashion fioble.

(And by the way, one of the kilts that I have made for myself has no straps and buckles at all. It's just held on with the belt. It doesn't look or feel any different when worn -- I just make extra certain my belt is secure!)

The picture above is a box pleated kilt I made in the weathered Anderson tartan, showing the single strap and buckle on the right hip.
Posted by Matthew Newsome, FSA Scot, GTS at 6:19 AM 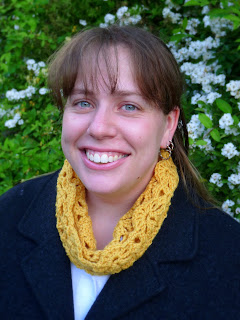